After qualifying in the preliminary stage of Baleares, held in Palma de Mallorca, to participate in the championship of Spain Paddle third category this weekend was played in Tarragona, PRINSOTEL Paddle Club has won the Championship of Spain in that category after eliminated in first round at Royal Polo Club of Barcelona, prestigious club in Barcelona by a clear 5-0. 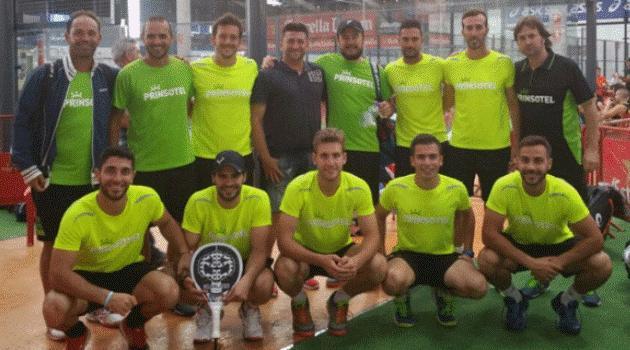 News for the 2023 season at Prinsotel La Caleta

We continue with the news for this 2023 season, now it is the turn of our hotel located in Menorca, more specifically Prinsotel La Caleta in Cala Santandría, located just 15 minutes from the center of ...

The opening dates for the 2023 season of Prinsotel hotels

The news for the 2023 season at Prinsotel La Dorada

We have already started the countdown for the opening of the hotels, at Prinsotel we continue to bet on the renovation and modernization of our hotels. We are very excited to share with all of you the ...

In order to offer you a better service, this website uses cookies. By continuing browsing the site, you accept the use of them. More information OK